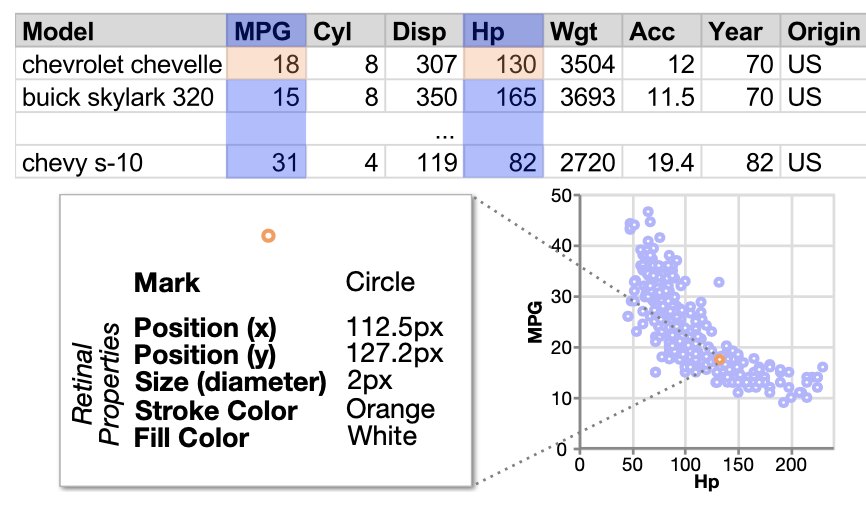 That is, to create basic visualizations in many grammars or tools, an analyst specifes higher-level design choices, which we defne as statements that compactly and uniquely specify a bundle of lower-level encodings. Equivalently, each gram- mar or tool affords a design space of visualizations, which a user constrains by making choices. 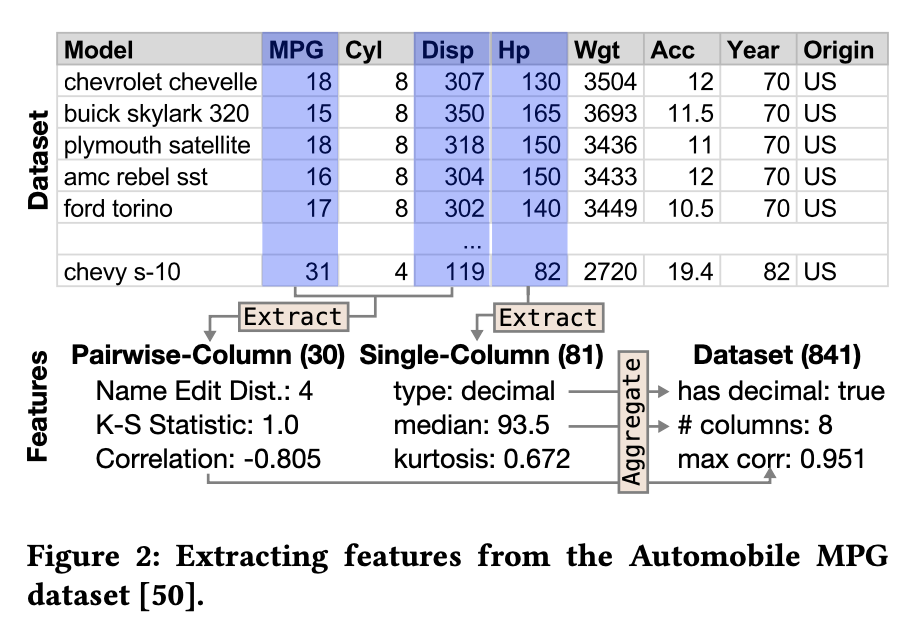 We distinguish between these feature categories for three reasons.

Examples of encoding-level design choices include mark type, such as scatter, line, bar; and X or Y column encoding, which specifes which column is represented on which axis; and whether or not an X or Y column is the single column represented along that axis.

In terms of features, we constructed four diferent feature sets by incrementally adding the Dimensions (D), Types (T), Values (V), and Names (N) categories of features, in that order. We refer to these feature sets as D, D+T, D+T+V, and D+T+V+N=All. The neural network was trained and tested using all four feature sets independently. The four base- line models only used the full feature set (D+T+V+N=All).